JSPS Alumni Association of Thailand (JAAT) organized the 1st Executive Committee of the year 2017 on 27 April at the office of National Research Council of Thailand (NRCT).

The main agendas were as follows:
1. Introduction of a new International Program Associate of JSPS Bangkok Office, Ms. Akiko Doi and Mr. Kohei Saito
2. Approval and sharing the minutes of the 6th JAAT Executive Committee Meeting of 9 February, 2017
3. Approval and sharing the minutes of the 8th JAAT General Assembly Meeting of 9 February, 2017
4. Year Plans of JAAT in 2017 and 2018
Dr. Suratwadee explained about Year plans of JAAT in 2017 and 2018, and major events were confirmed as follows;
－The workshops to be organized in regional universities and the international scientific seminar hosted by JSPS, JAAT and NRCT will be held as usual.
－JAAT website will be created on NRCT homepage for the general public.
－The working group that is composed of JAAT EC members will be held in the morning of the same day of Executive Committee meeting.
5. Thailand Research Expo 2017
It was confirmed that the Symposium will be held on 23-24 August as JAPAN Days, which commemorate the 130th anniversary of Thailand-Japan Friendly Relationship, during the period of Thailand Research Expo 2017 (23-27 August, 2017). Regarding the lecture of Symposium, we will invite some speakers from both JAPAN and Thailand.
6. JAAT Financial report
JAAT Financial report was postponed to the next Executive Committee meeting.
7. Others 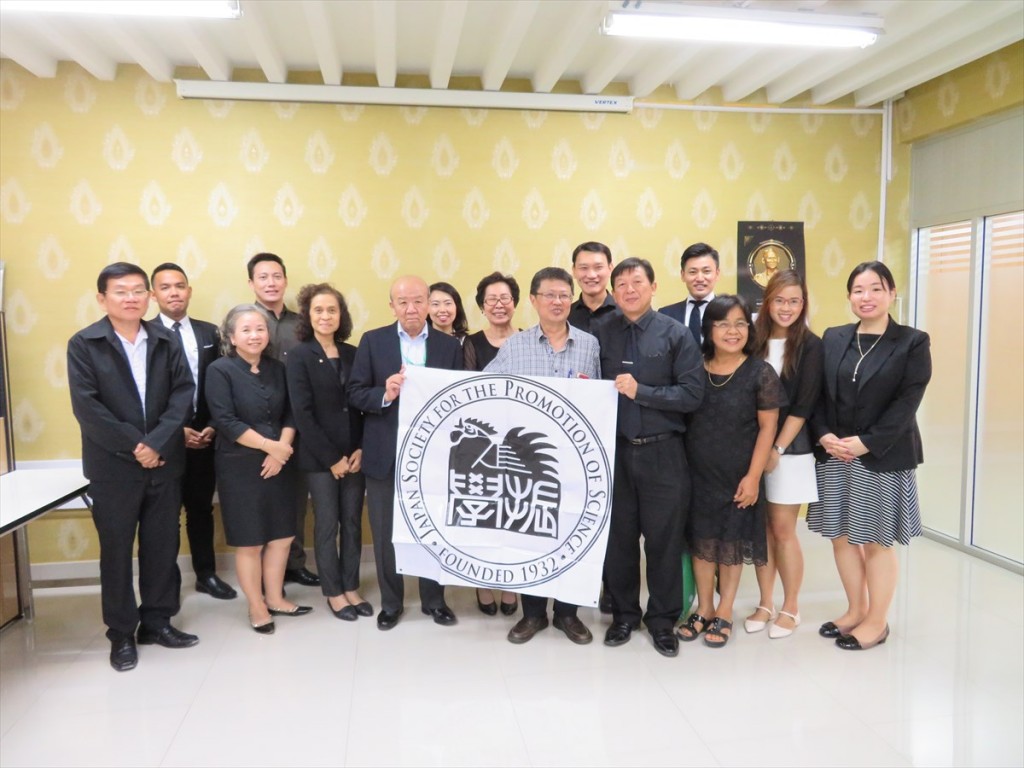 The next JAAT Executive Committee meeting will be held on 22 June, 2017.