JSPS Alumni Association of Thailand (JAAT) organized the 2nd Executive Committee  of the year 2016 on 13 July at the office of National Research Council of Thailand (NRCT).

The main agendas were as follows:
1. Approval and sharing the minutes of the 1st JAAT Executive Committee Meeting of 27 April, 2016
2. The report of International Scientific Seminar on 25 February 2016 for NRCT
Dr. Sunee reported that the report has been completed and will been distributed to each member at the later date.
3. Invitation to JSPS Alumni Association of the Philippines (JAAP) Symposium
JSPS Alumni Association of Phillipines (JAAP) invited Dr.sunee, President of JAAT, to attend the JAAP Symposium in Pasay, Phillipines on 29 July. As she has another engagement, Dr. Danai will attend on her behalf.
4. The Year plan of JAAT in 2016
Dr. Danai explained about the year plan. It was decided that the working group will work on International Scientific Seminar, Generally Meeting and RONPAKU medal ceremony scheduled in February of 2017. In addition, regarding the workshops to be organized in regional universities (Khon Kaen Univerisity and Prince of Songkla University), JAAT consider that they will be held together with JSPS guidance seminars in November and January supported by NRCT.
5. The next JAAT International Scientific Seminar
(same as agenda 4)
6. JAAT Financial report
7. Research Expo on 19 August 2016
Mr. Yamashita reported that NRCT and JSPS co-host seminar on 19 August 2016 during Thailand Research Expo 2016, and explained about the seminar as follows;
The seminar’s theme is “The Mission of Education and Research for Sustainable Society”.
3 female scientists, Prof. Dr. Reiko KURODA from Tokyo University of Science, Assoc. Prof. Momo WAGURI from Fukuoka Women’s University and Assist. Prof. Dr. Yukari FUCHIGAMI from Osaka University, will give each presentation. Also, Assoc. Prof. Dr. Prompilai BUASUWAN, Kasetsart University will serve as a moderator.
8. Others
Dr. Porphant Ouyyanout, who temporarily left his position of JAAT Executive Commitee because of research in Singapore, joined again in the committees.

The next JAAT Executive Committee meeting will be held on 14 September 2016. 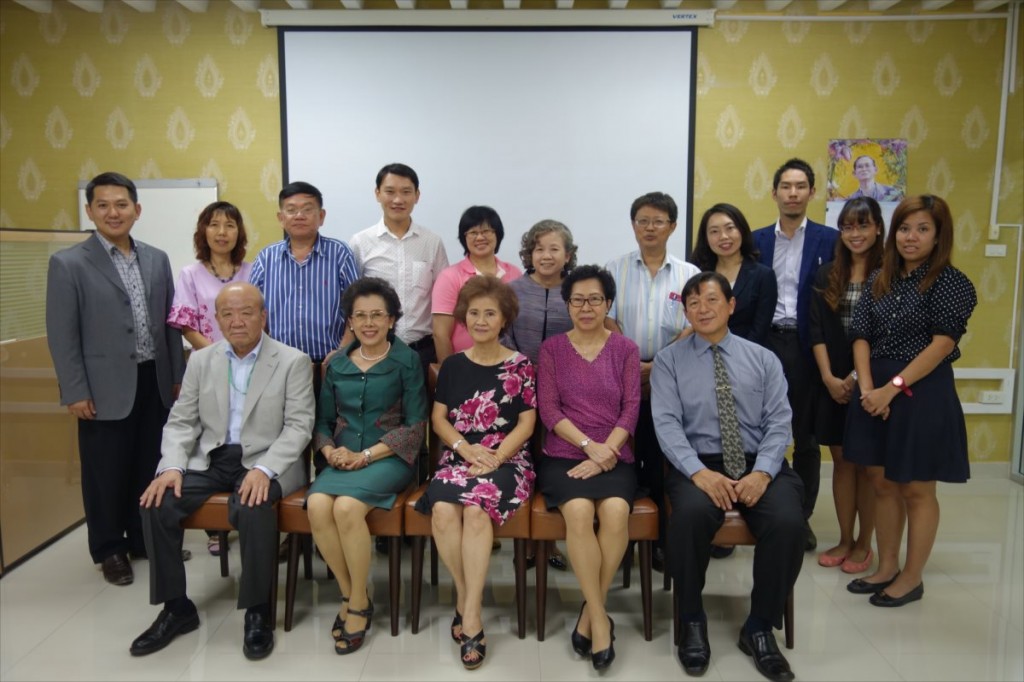