JSPS Alumni Association of Thailand (JAAT) organized the 5th Executive Committee on 15 December at the office of National Research Council of Thailand (NRCT).

The main agendas were as follows:
1. Approval of minutes of the 4th JAAT Executive Committee Meeting November 9, 2016
2. Year plans of JAAT in 2016 and 2017
Dr. Sunee explained about Year plans of JAAT in 2016 and 2017, and major events were confirmed as follows;
– The workshops to be organized in regional universities will be held at Khon Kaen Univerisity (KKU) on 21 and 22 December 2016 and Prince of Songkla University (PSU) on 9 and 10 January 2017. Future seminars will be discussed by the new Executive Committee.
– The international scientific seminar will be held in the morning of 9 February 2017, and the general assembly meeting and RONPAKU Medal Award Ceremony in the afternoon of the same day.
JAAT will invite one Japanese speaker and one Thai speaker to the seminar, and JSPS will select and arrange the Japanese speaker and JAAT will do the Thai speaker.
– The working group that is composed of JAAT members will be held in 19 January 2017.
3. JAAT regional workshop project (writing manuscript for publication)
(The same as agenda 2)
4. JAAT International Scientific Seminar
(The same as agenda 2)
5. JAAT financial report
Dr. Jiraporn reported the current budget situation.
6. Others
– Dr. Sunee reported that JAAT will make out report including the past activities and the suggestions to the new Executive Committee members at the general assembly meeting in February.
– Prof. Yamashita, Director of JSPS Bangkok Office, suggested the schedule for open call and selection of Bridge Fellowship and confirmed them with JAAT. 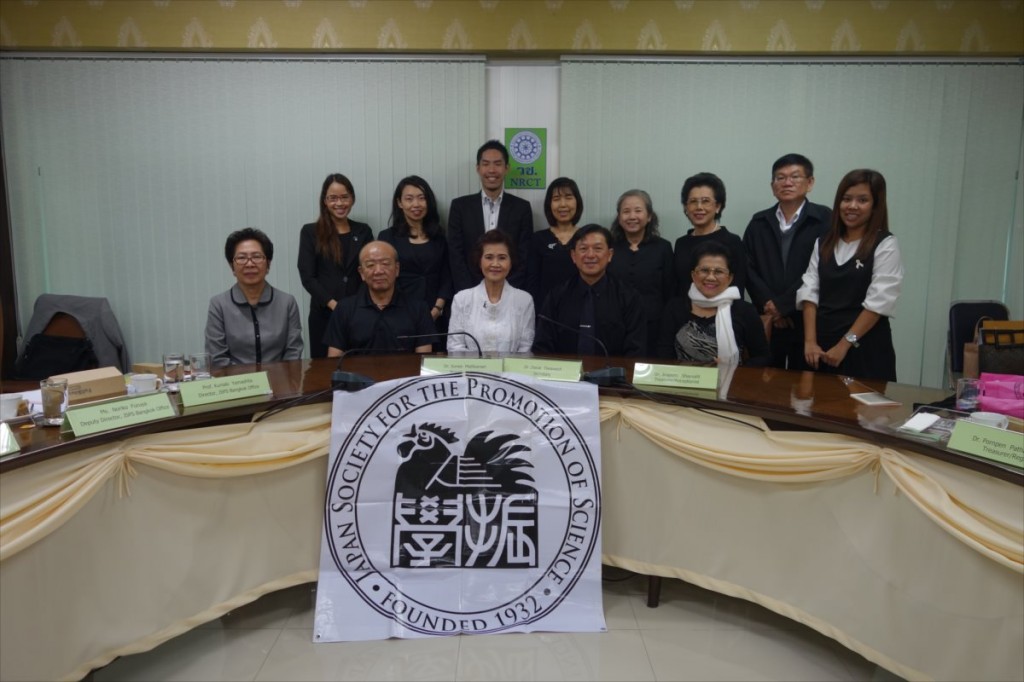