JAAT Executive Committee meeting
Following topics were discussed in the meeting:
1. JAAT regional workshop project in 2016 and 2017
Dr. Kittisak and Dr. Vannarat reported that the workshops were held at Khon Kaen University (KKU) in December 2016 and Prince of Songkla University (PSU) in January 2017, and there were about 80 participants in total.
2. Financial report of JAAT
3. JAAT General Assembly Meeting and RONPAKU Medal Award Ceremony on 9 February 2017
4. Bridge Fellowship Program FY2017
The current situation of application was reported. 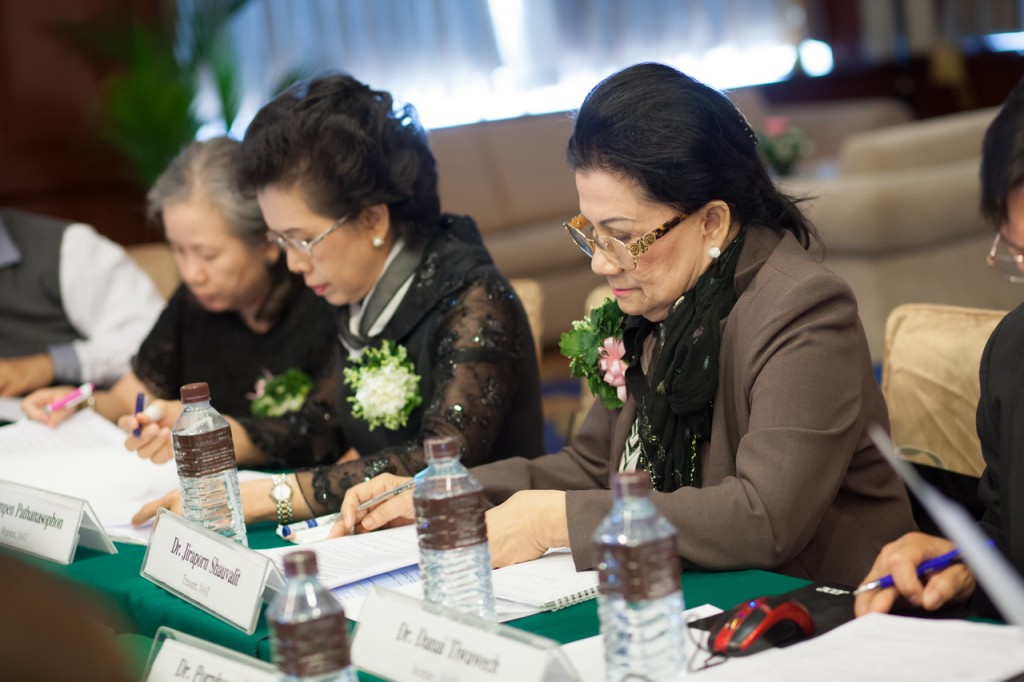 JAAT General Assembly
After JAAT Executive Committee meeting, JAAT General Assembly was also held with some 30 participants. Dr. Sunee, who finished out her term as a President of JAAT on the day, gave a speech and looked back on the past-2-year-activities. Afterwards the election of new EC members was organized, and 6 members, including 3 RONPAKU Medal Awardees for FY2015, were newly selected and 8 present members were reappointed. 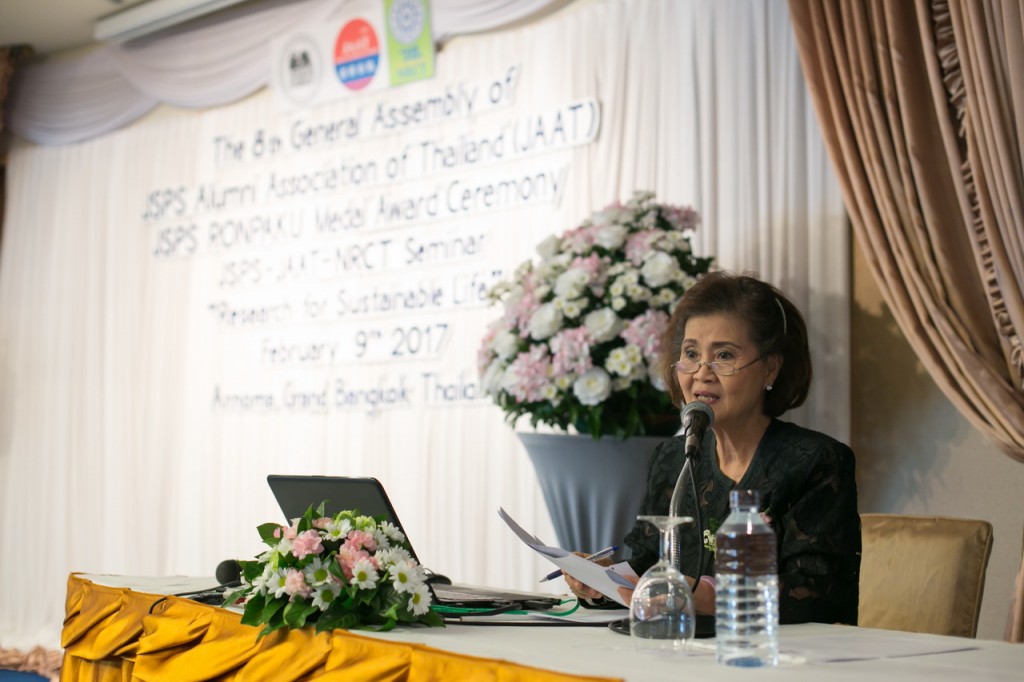 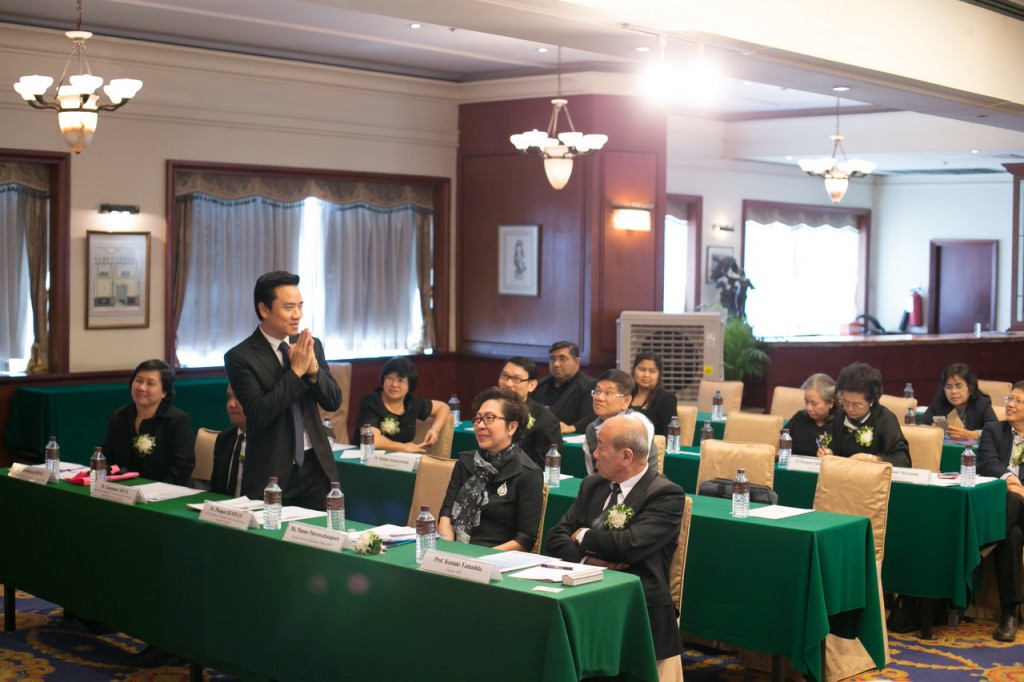 JSPS-NRCT RONPAKU Medal Award Ceremony
Following the JAAT General Assembly, JSPS-NRCT RONPAKU Medal award ceremony was held. Since 2003, JSPS and NRCT have co-hosted the ceremony in order to honor and further encourage Thai researchers who obtained their Ph. D. degrees under RONPAKU Program.
3 awardees successfully obtained their Ph. D. degrees in 2015, and 214 Thai researchers, which is the largest number of all the countries that join in the program, got their Ph. D. under the program so far.
In the ceremony, in addition to presentations by 3 awardees, Dr. Vannarat, who carried out her research at Tohoku University in 2015 through Bridge Fellowship program, also made a presentation.

The titles of presentations are follows; 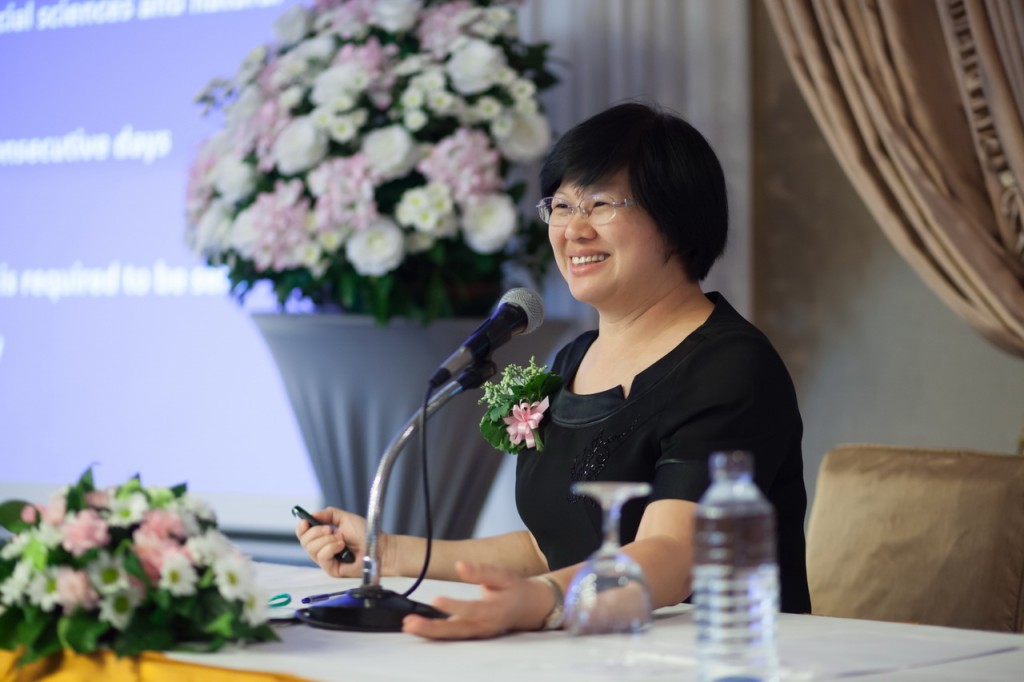 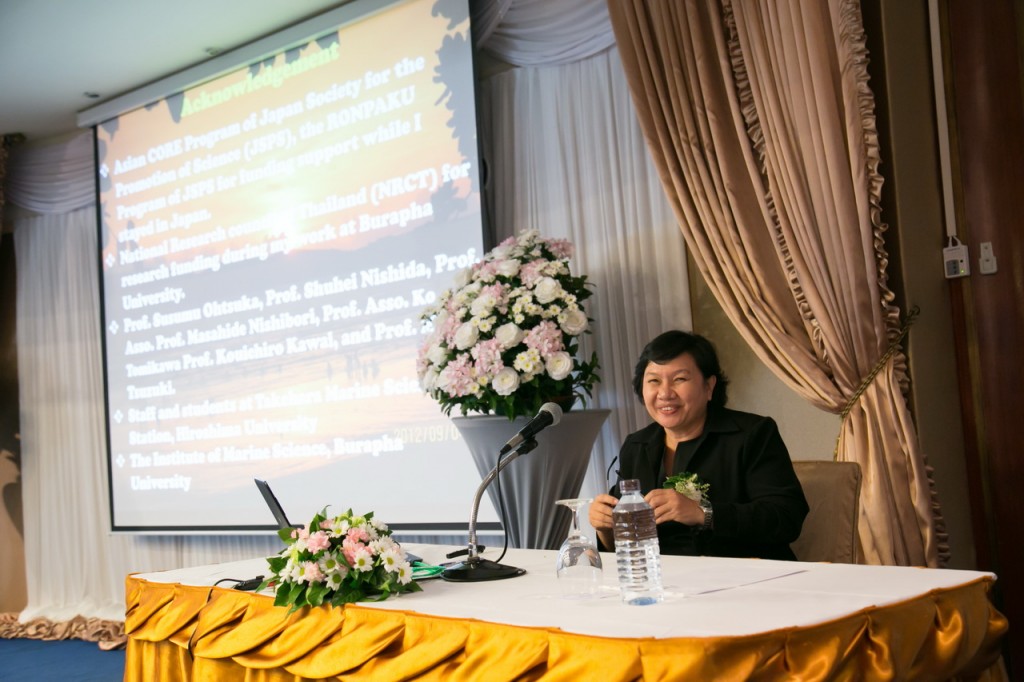 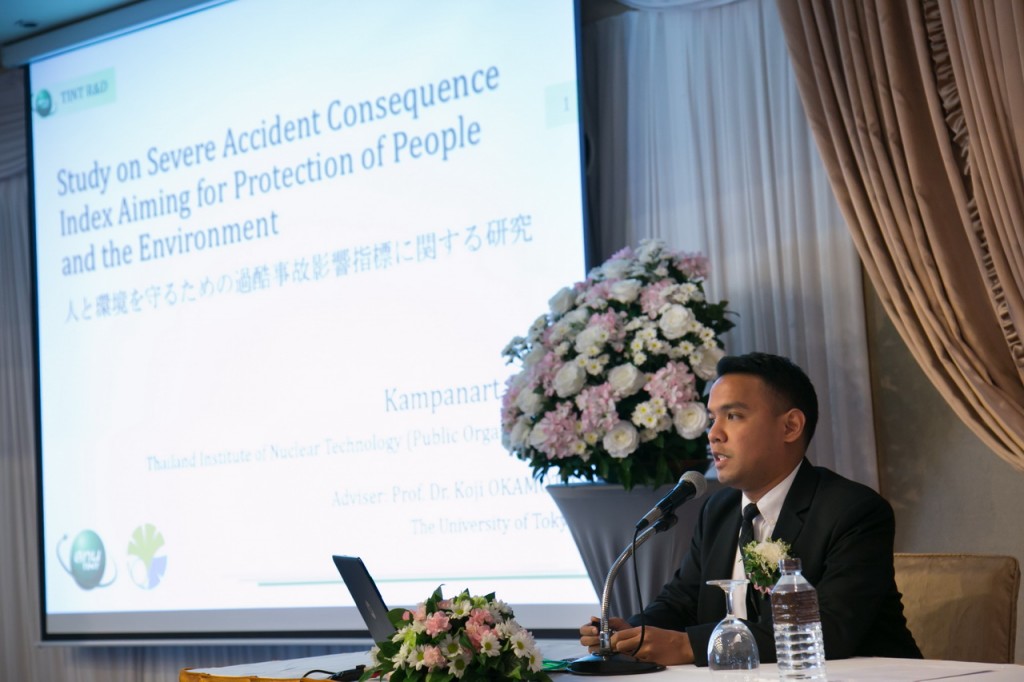 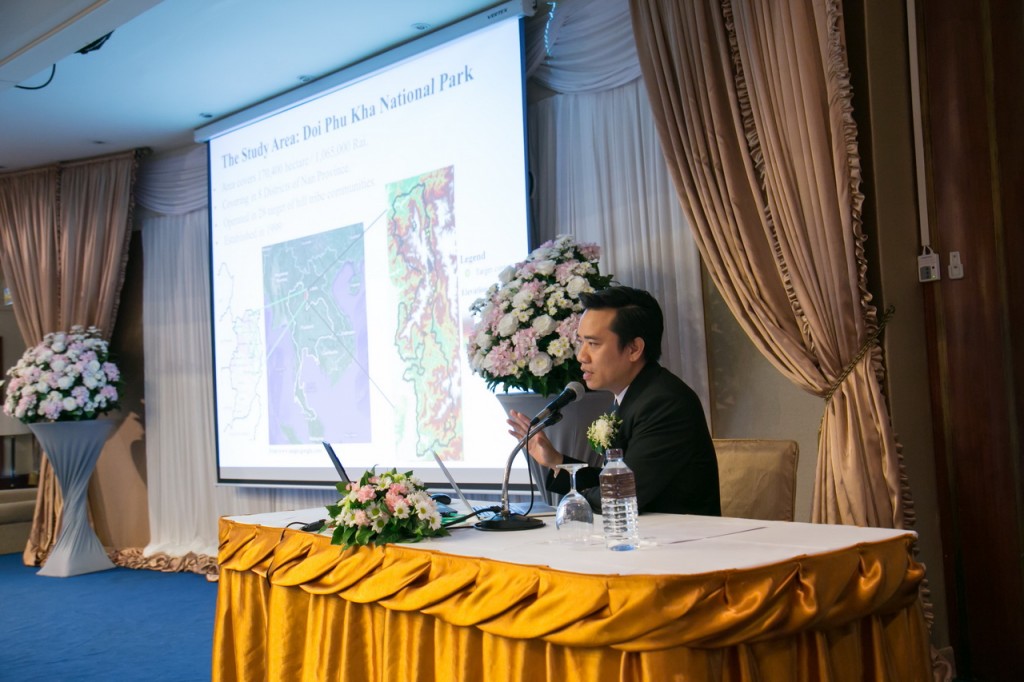 After the presentations, RONPAKU medals and badges for JAAT member were given to 3 awardees. 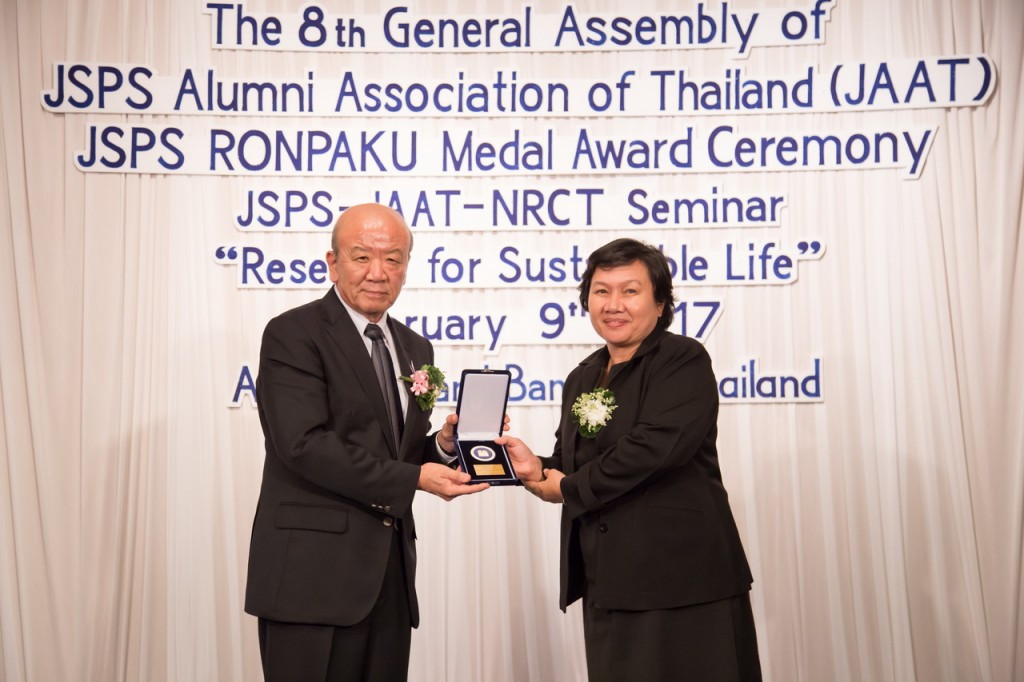 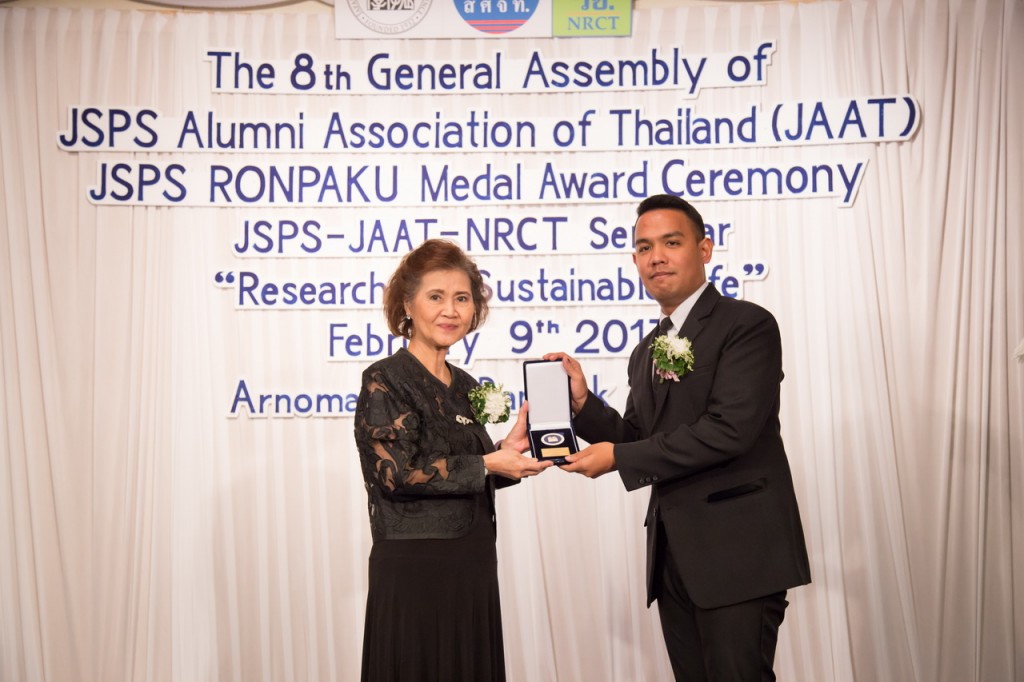 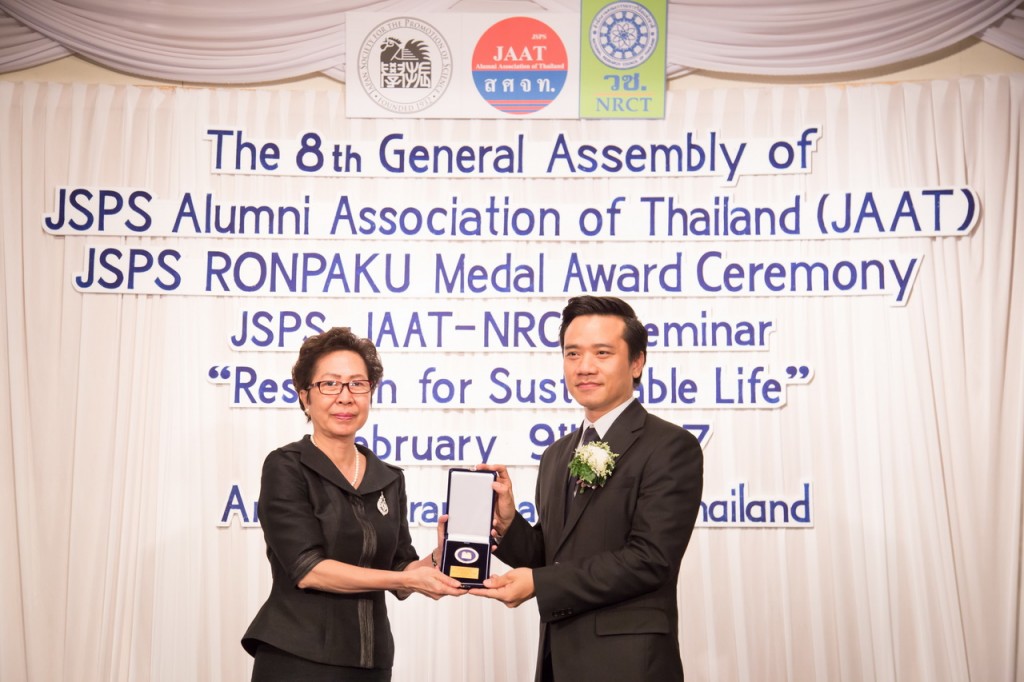 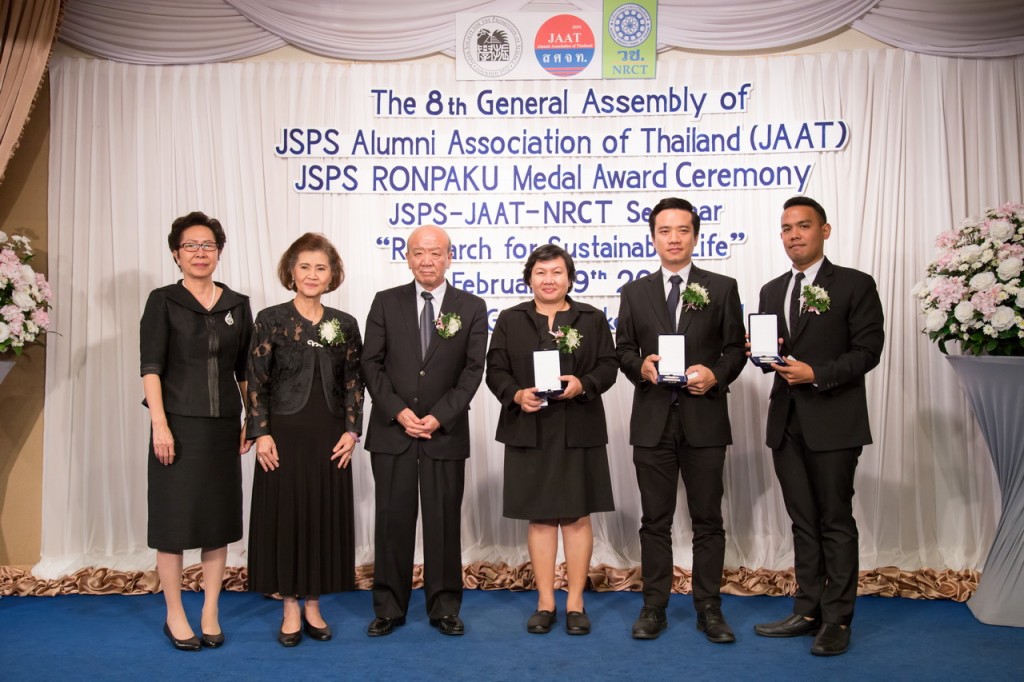 At the closing ceremony, Dr. Sunee and Prof. Yamashita, Director of JSPS Bangkok Office, gave closing address, and Prof. Yamashita also introduced his team and also Ms. Nahoko Takahashi from JSPS HQs and 2 International Program Associates, Ms. Akiko Doi and Mr. Kohei Saito, both of who will start their on-the-job training in Bangkok from the upcoming April. 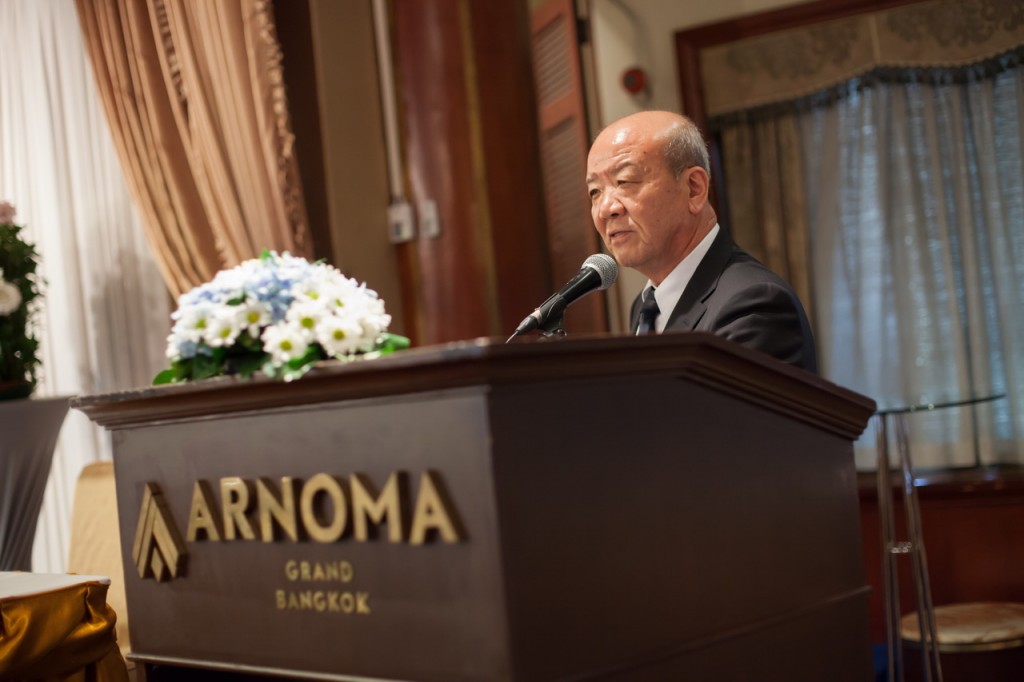 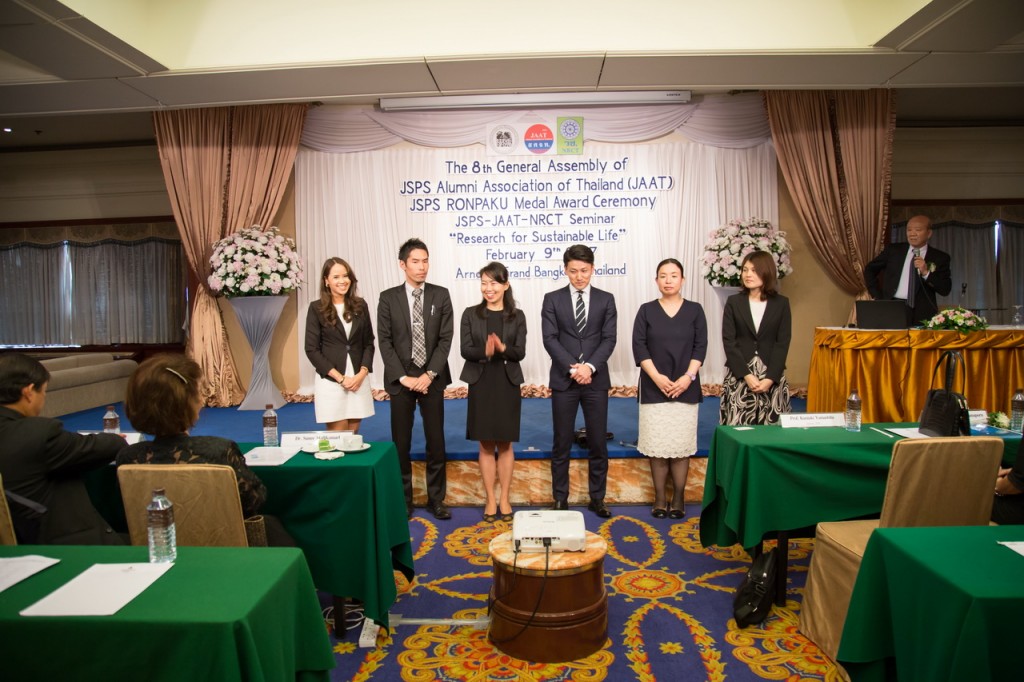