JSPS Alumni Association of Thailand (JAAT) organized the 3rd Executive Committee of the year 2016 on 14 September at the office of National Research Council of Thailand (NRCT).

The main agendas were as follows:
1. Approval of minutes from Jul 13, 2016, FY2016 the 2nd JAAT Executive Committee Meeting
2. Year plans of JAAT in 2016 and 2017
Dr. Sunee explained about Year plans of JAAT in 2016 and 2017, and future major events were confirmed as follows;
JAAT International Scientific Seminar will be held in Feburary 2017 same as the last year and that JAAT will update and newly creat its members directry in July 2017.
Regarding the workshops to be organized in regional universities (Khon Kaen Univerisity and Prince of Songkla University), JAAT considered its topics and dates to organize them and decided to arrange the workshop in Khon Kaen Univerisity in December and Prince of Songkla University in January or February.
In additon, Dr. Suratwadee reported that JAAT’s poster had been updated as a part of public relations activities.
3. Next JAAT International Scientific Seminar
JAAT requested to invite 3 Japanese researchers, whose fields are medical, natural and social science respectively, as a speaker of next JAAT International Scientific Seminar.
4. Report of the 4th JAAP research symposium and general assembly meeting
Dr. Danai reported about 4th JSPS Alumni Association of the Philippines (JAAP) research symposium and general assembly meeting on 29 July as follws:
– 2 Japanese speakers and a Filipino one made presentations.
– Dr. Danai attened the symposium on behalf of JAAT and intordueced JAAT’s activities.
– The election of board members was held after the symposium, and Dr. Susan M. Gallardo was selected as a new President of JAAP.
5. Report of JSPS-NRCT seminar in “Research Expo”, 19 August 2016
Prof. Yamashita thanked for suppot and attendance at NRCT and JSPS co-hosted seminar on 19 August. 3 speakers and a moderator were all women, which gave the seminar fresh and impressive atomosphere. Moreover, as several questions and coments from the participants warmed it up, it concluded in a great success. Prof. Yamashita also mentioned that JSPS Bangkok Office would like to consider the next year’s seminar to be a commemorative event because next year is 130th anniversary of friendship between Japan and Thailand. Ms. Panee, Director, Division of International Affairs of NRCT, also mentioned that NRCT would like to help and support it.
6. JAAT financial report
Dr. Jiraporn reported the current badget situation.
7. Others
JAAT reported that they will hold the working group on the same day of the JAAT Executive Committee, starting from the next meeting. 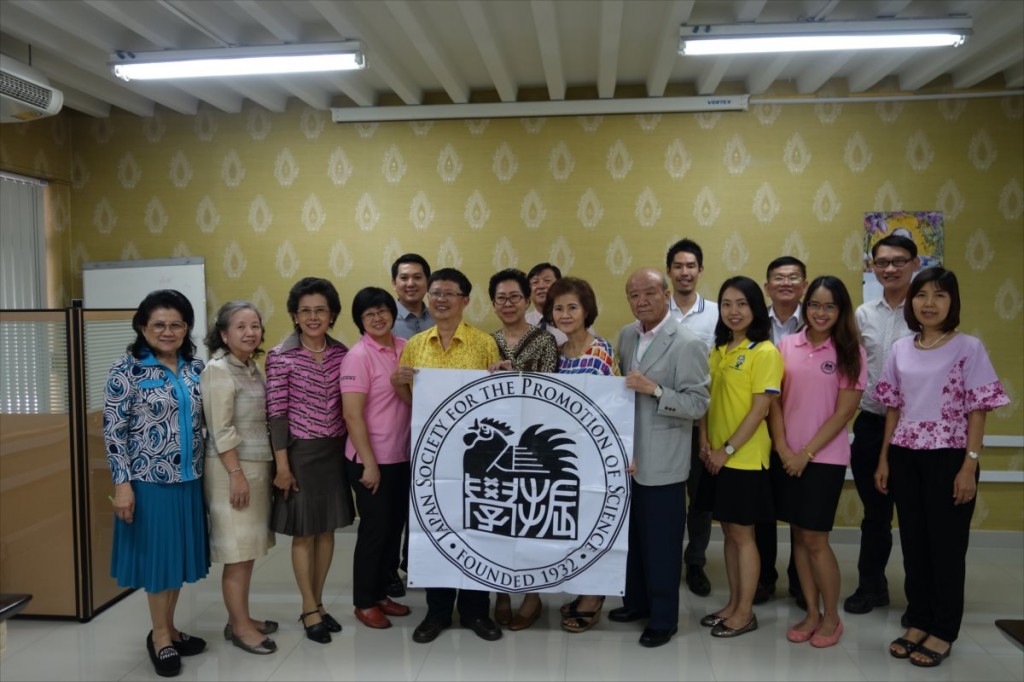 The next JAAT Executive Committee meeting will be held in the afternoon of 11 November 2016, and the working group is in the morning.