On December 9, JSPS Bangkok Office visited Mahasarakham University (MSU) and organized a JSPS guidance seminar, as a part of “Japan Education Fair” hosted by the Embassy of Japan in Thailand, following the seminar at Khon Kaen University in the previous day.
In the morning, Japanese delegate including Mr. Shiro Terashima, First secretary of the embassy, and universities’ members made a courtesy visit to the university.
Firstly, Assoc. Prof. Dr. Theerayuth Chatchanayuenyong, Vice- President for General Management of MSU, delivered welcome speech, followed by introduction of MSU by a member of office of international Affairs. MSU was established as a College of Education in 1968 and became a branch campus of Srinakharinwirot University in 1974, afterwards, got independent as a public university in 1994. There are 44,000 students in 21 faculties at the moment, and the number of enrolled students is the biggest in Thai northeastern area. In addition, MSU is trying to actively promote cooperation with other countries including Japan, while it is working for the local community under its activity “One Curriculum, One Community”. 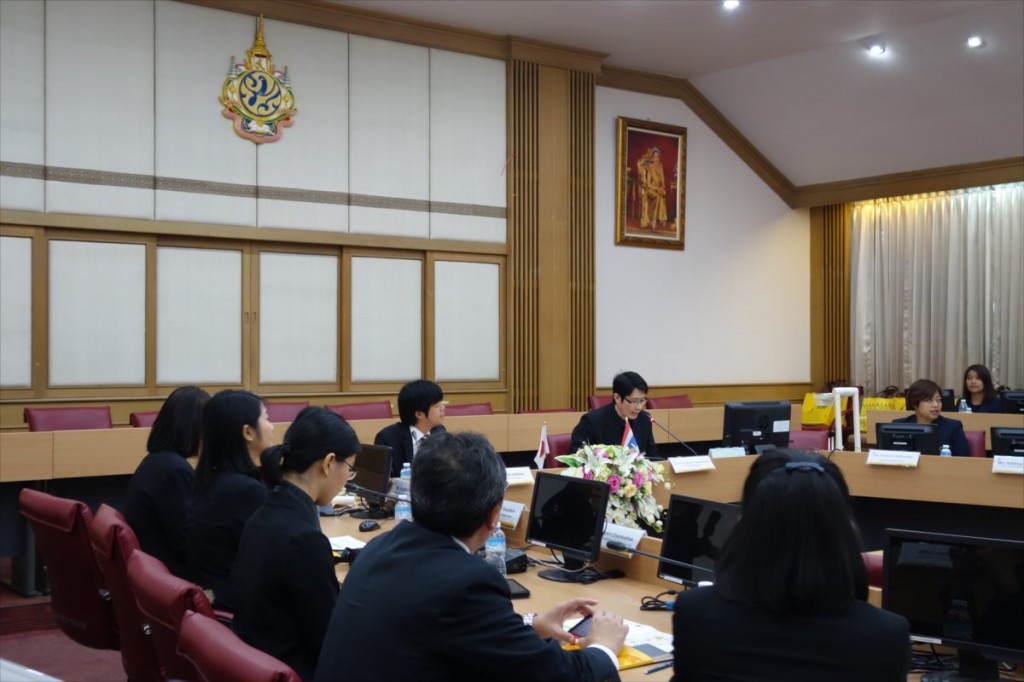 Mr. Terashima mentioned that more than 3,500 Thai students were studying in Japan right now and that the embassy would further strengthen cooperation with Japanese Universities that has branch offices in Thailand to increase the number. 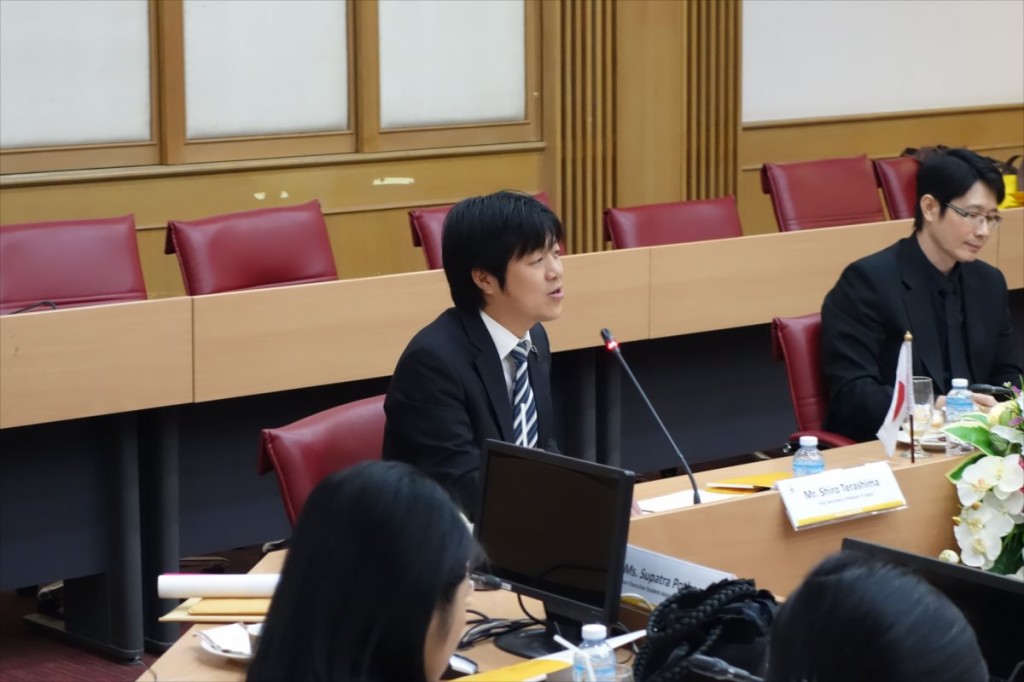 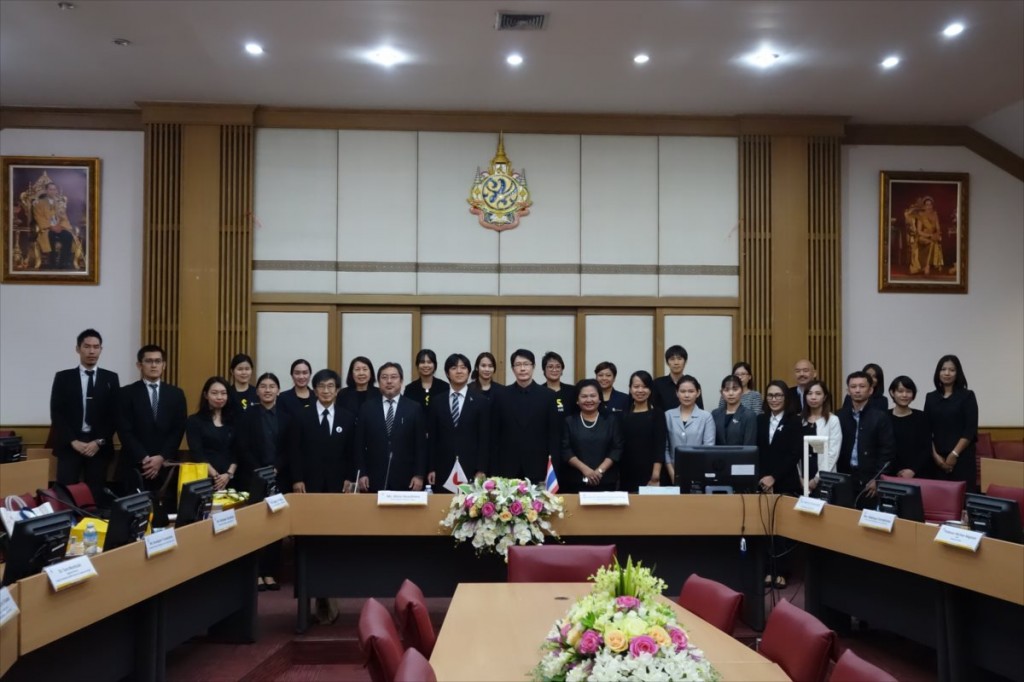 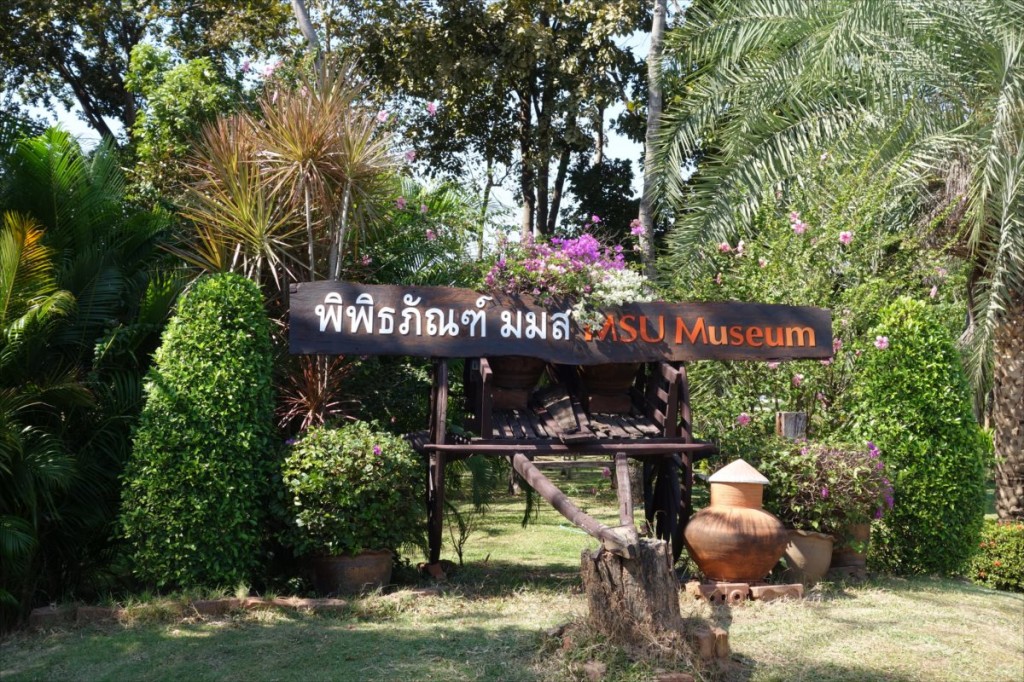 MSU provided the campus tour including its museum 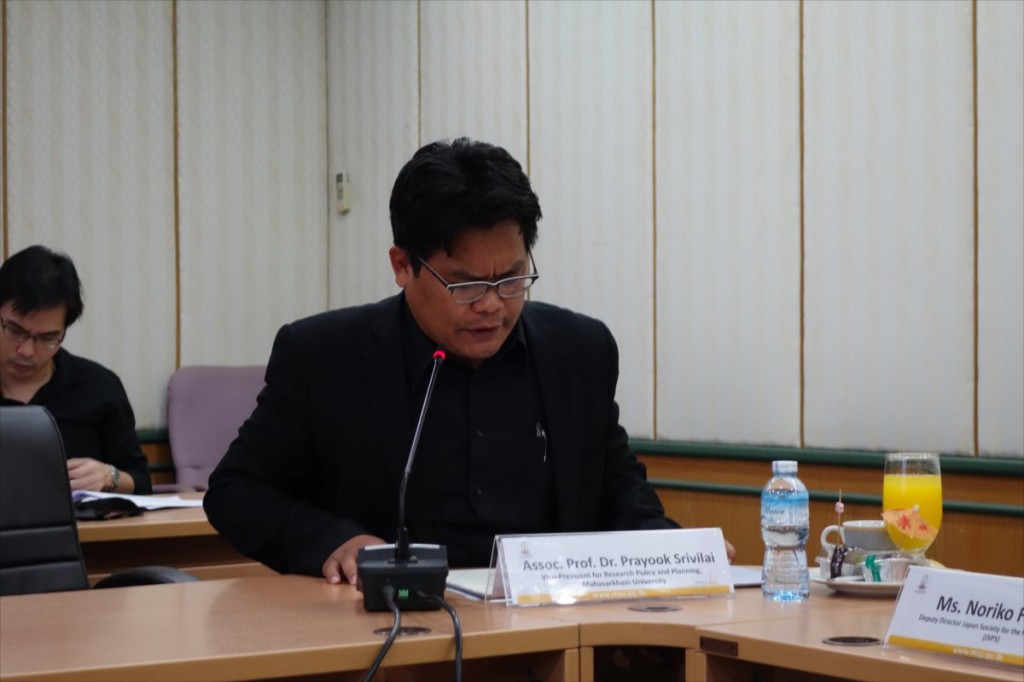 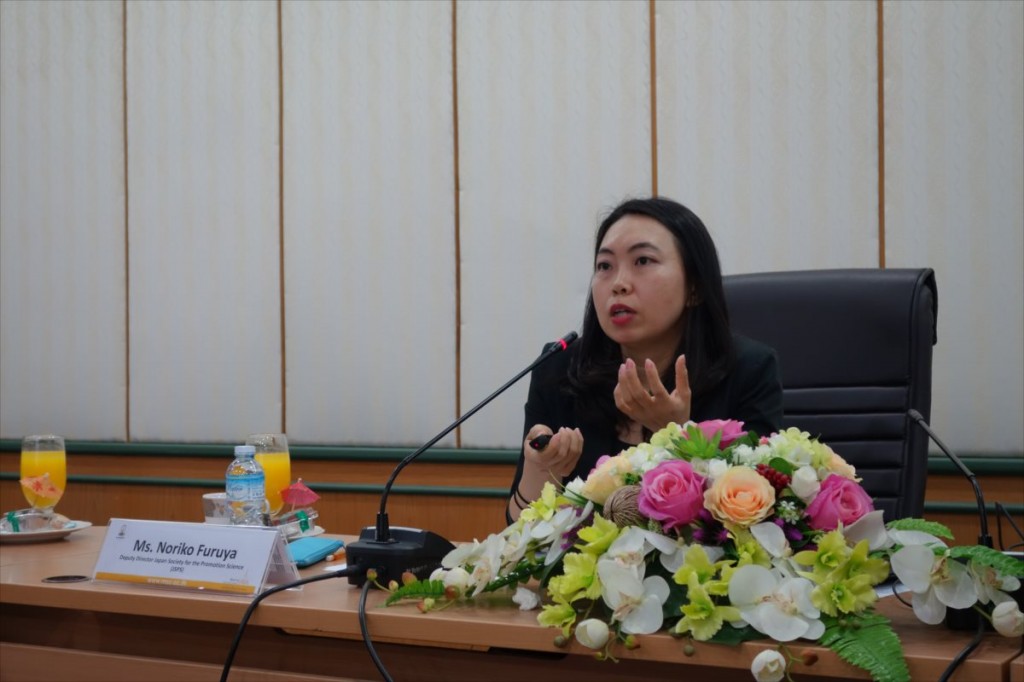 Next speaker, Assoc. Prof. Dr. Weerachai Saijuntha, a member of JSPS Alumni Association of Thailand (JAAT) and carried out his research as a long-term invitation researcher fellow from April of 2011 to March of 2012, made his speech about his experience in the program. Assoc. Prof. Dr. Weerachai visits Japan every year and keeps relationship with Japan even after the program, and that is an ideal case for JSPS’s alumni activity. 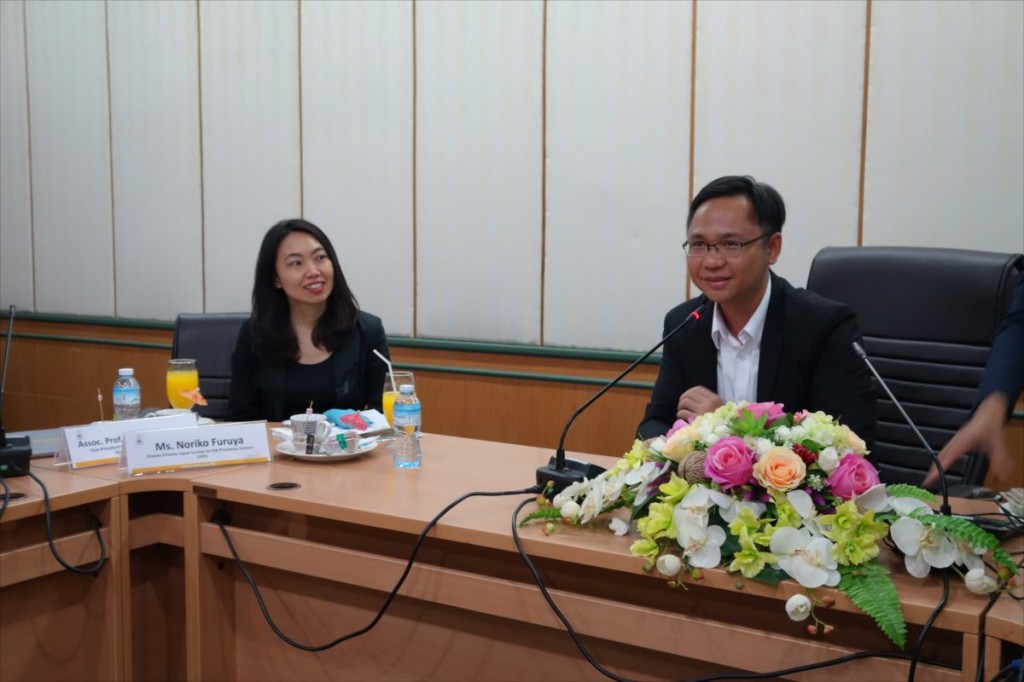 In the Q&A session, there was a question about how to find Japanese host-researches, not only Assoc. Prof. Dr. Weerachai but also the participant who had joined in JSPS’s program introduced their experience. 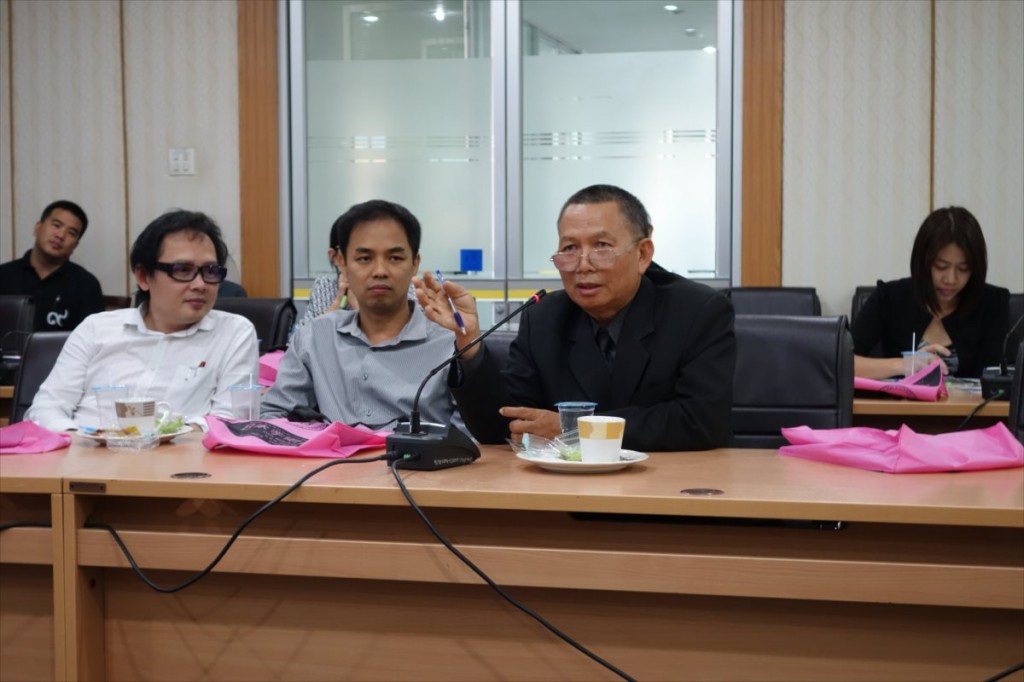 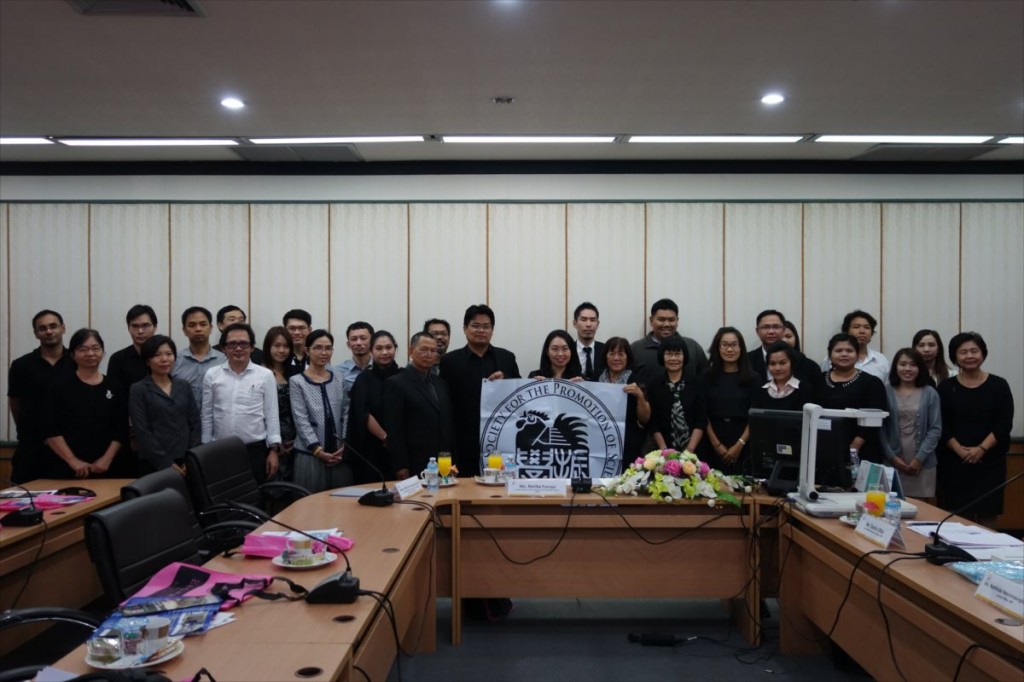