JSPS Alumni Association of Thailand (JAAT) organized the 4th Executive Committee of the year 2016 on 9 November at the office of National Research Council of Thailand (NRCT).

The main agendas were as follows:
1. Approval of minutes from Sep 14, 2016, FY2016 the 3rd JAAT Executive Committee Meeting
2. Year plans of JAAT in 2016 and 2017
Dr. Sunee explained about Year plans of JAAT in 2016 and 2017, and major events were confirmed as follows;
– The workshops to be organized in regional universities will be held at Khon Kaen Univerisity (KKU) on 21 and 22 December 2016 and Prince of Songkla University (PSU) on 12 and 13 January 2017.
-The international scientific seminar will be held on 9 February 2017, and the general assembly meeting and RONPAKU Medal Award Ceremony on the next day, 10 February. Regarding the budjet, NRCT will provide financial support to the seminar and JSPS to the general meeting and the ceremony.
The topic of the seminar is “Advanced research on sufficiency in natural, medical and social sciences”. JAAT also will invite Japanese speakers from each field to the seminar, for which Prof. Yamashita asked JAAT to select and arrange the speakers so that JSPS can arrange their flights about 2 months before the seminar. NRCT also asked them to decide the detailed budjet by the end of this November.
– JAAT members directry, which is revise every 2 years, will be updated and newly creat its in July 2017.
-The working group that is conposed of JAAT members will be held in 15 December 2016 and 19 January 2017.
3. JAAT regional workshop project (writing manuscript for publication)
Dr. Sunee repotred that the workshop at KKU targets the fields of medicine and science and technology and the one at PSU targets the field of social science. Dr. Kittisak also mentioned that the workshop at KKU will be orgnized for 2 groups, medicine and science and technology.
4. JAAT financial report
Dr. Jiraporn reported the current budget situation. 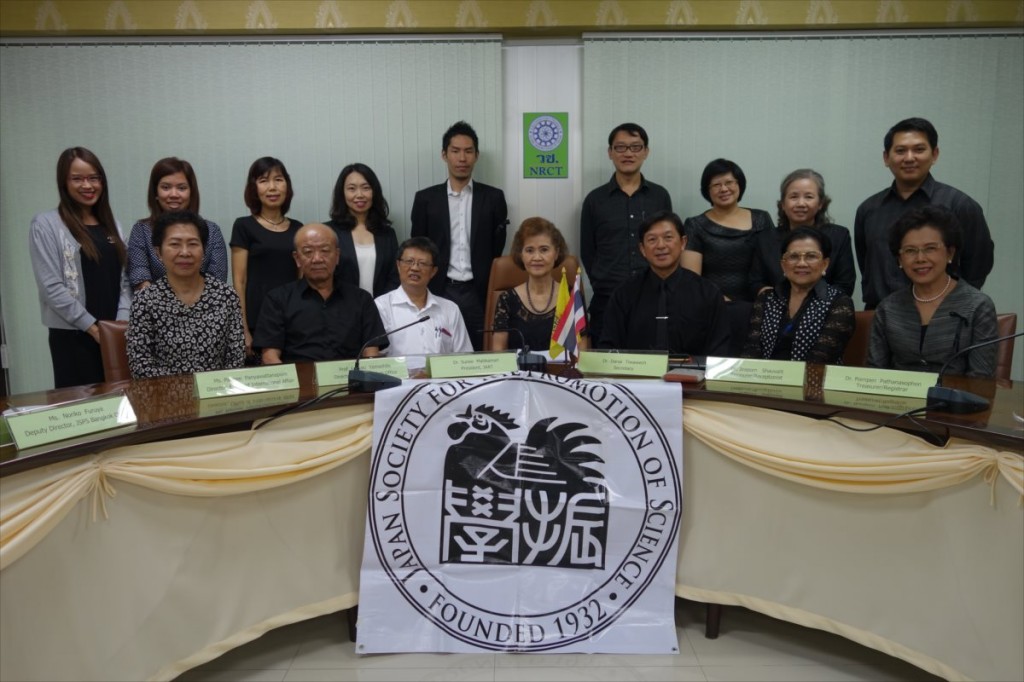 The next JAAT Executive Committee meeting will be held in the afternoon of 15 December 2016, and the working group is in the morning.