On 18 October, JSPS Bangkok Office organized a JSPS guidance seminar at Thailand National Science and Technology Development Agency (NSTDA) that is located in Thailand Science Park. This is the second seminar since 2014, and two organizations, Japan Science and Technology Agency (JST) and Japan-ASEAN Science, Technology and Innovation Platform (JASTIP), also joined the seminar.

Before the seminar, we made a courtesy visit to Dr. Chadamas Thuvasethakul, Executive Vice President for Policy Research, Information and Organization Communications of NSTDA, together with Mr. Masaki Sato, Director of JST Singapore Office, Mr. Yoshihide Kobayashi, Chief of JST Singapore Office and e-ASIA Special Program Coordinator of e-ASIA JRP Secretariat Office, and Assoc. Prof. Akira Takagi, Project Director of JASTIP, and exchanged opinions on each organization’s activities and the restructure of Thai institutions related S&T. 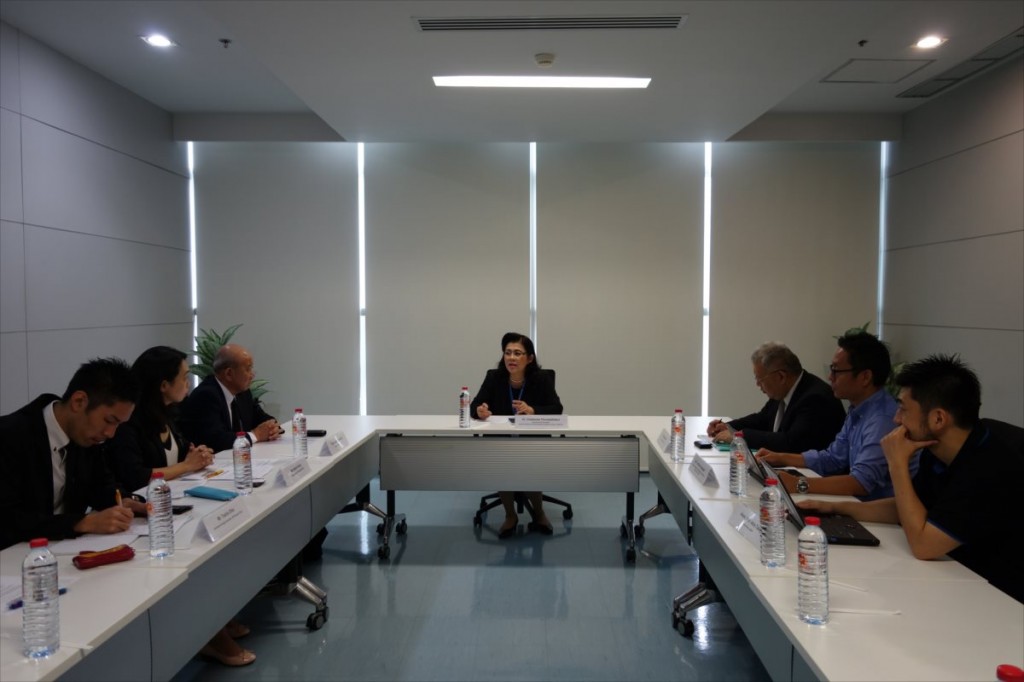 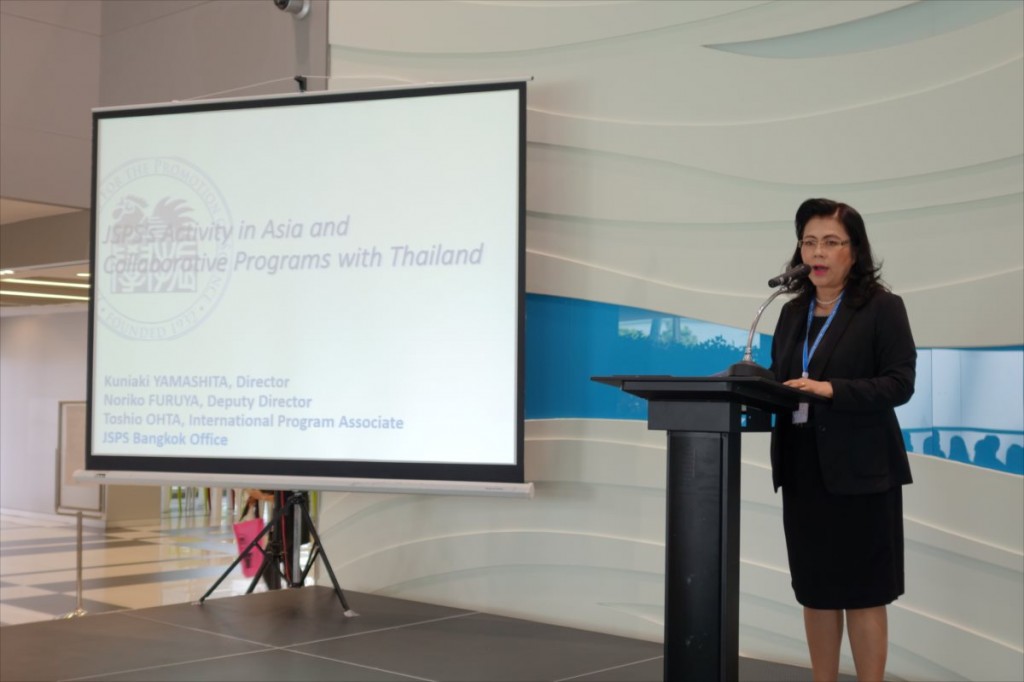 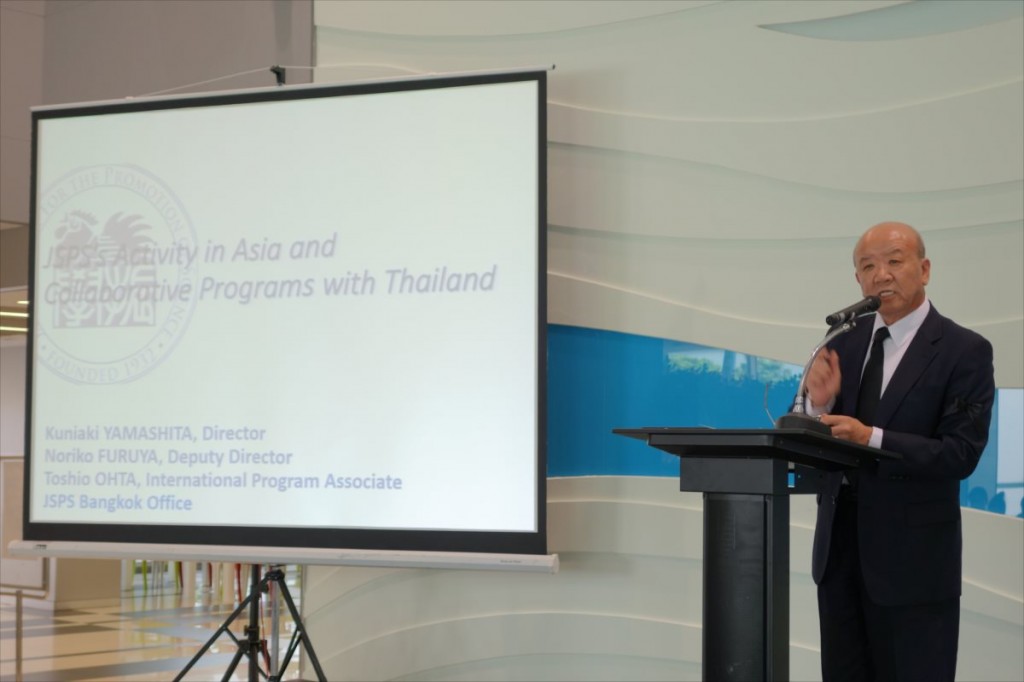 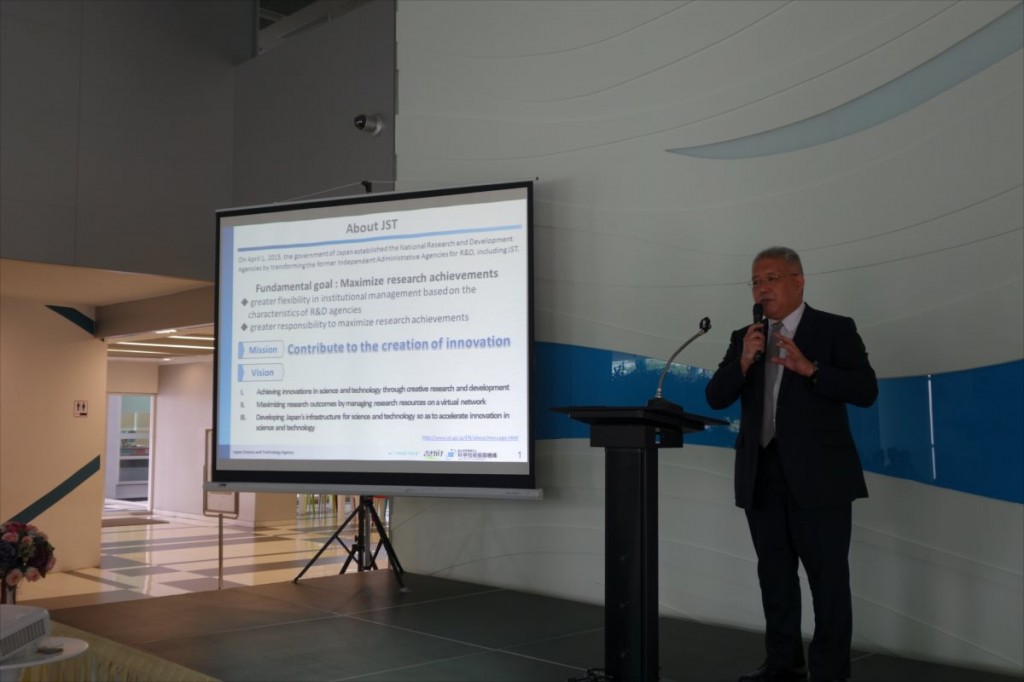 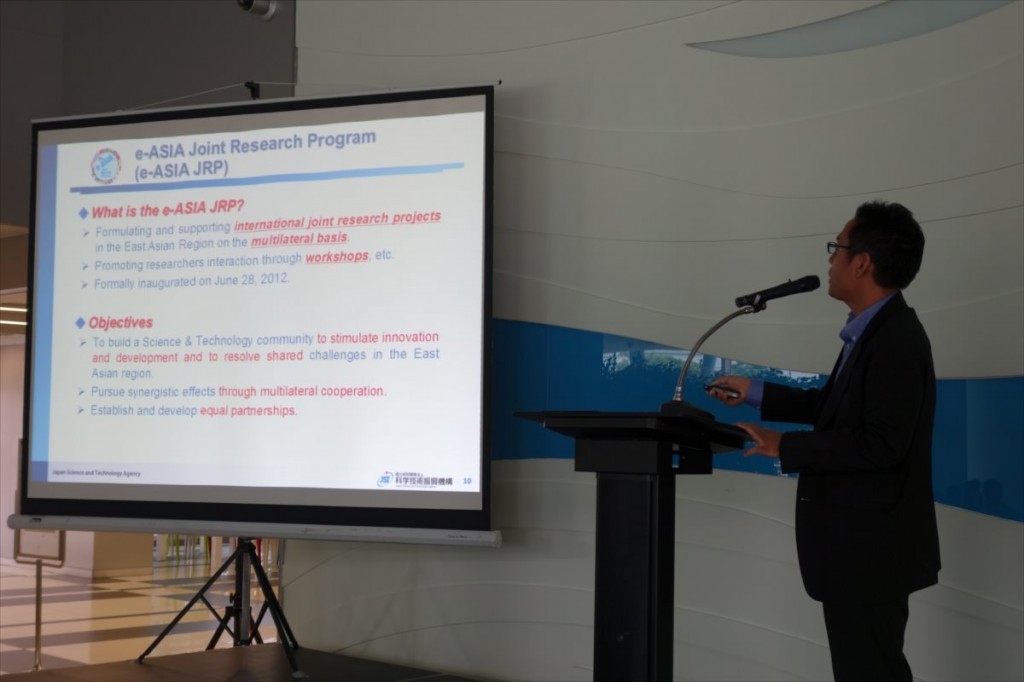 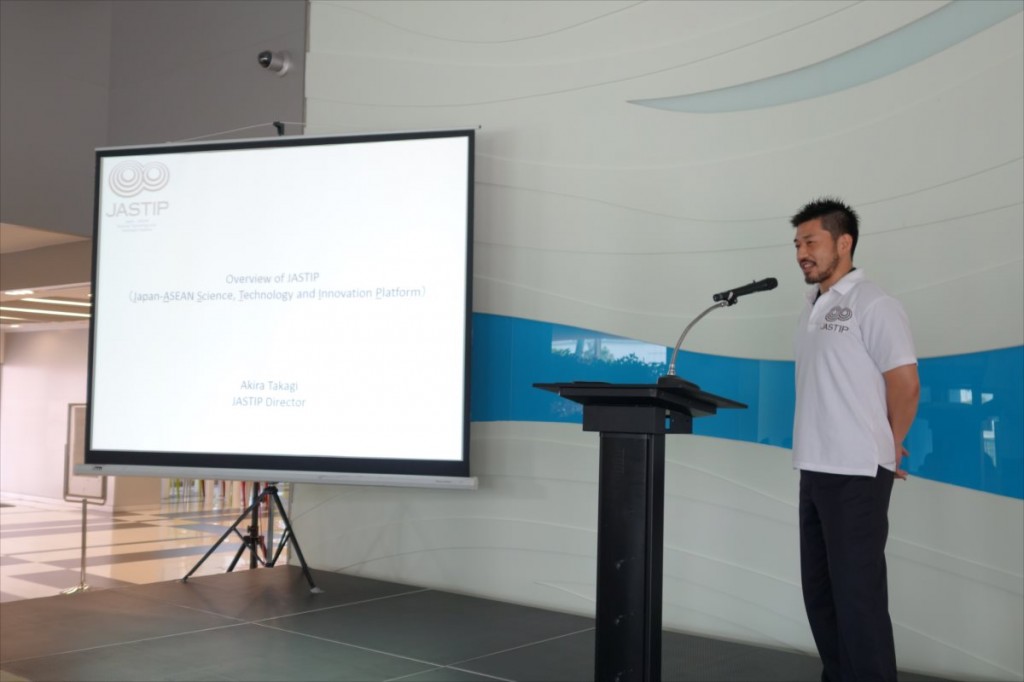 We could provide the participants with comprehensive information such as the difference between JSPS and JST, and the special feature of JASTIP that utilizes both agencies’ programs. Moreover, we gave advice to each of researcher who wishes to do research in Japan. 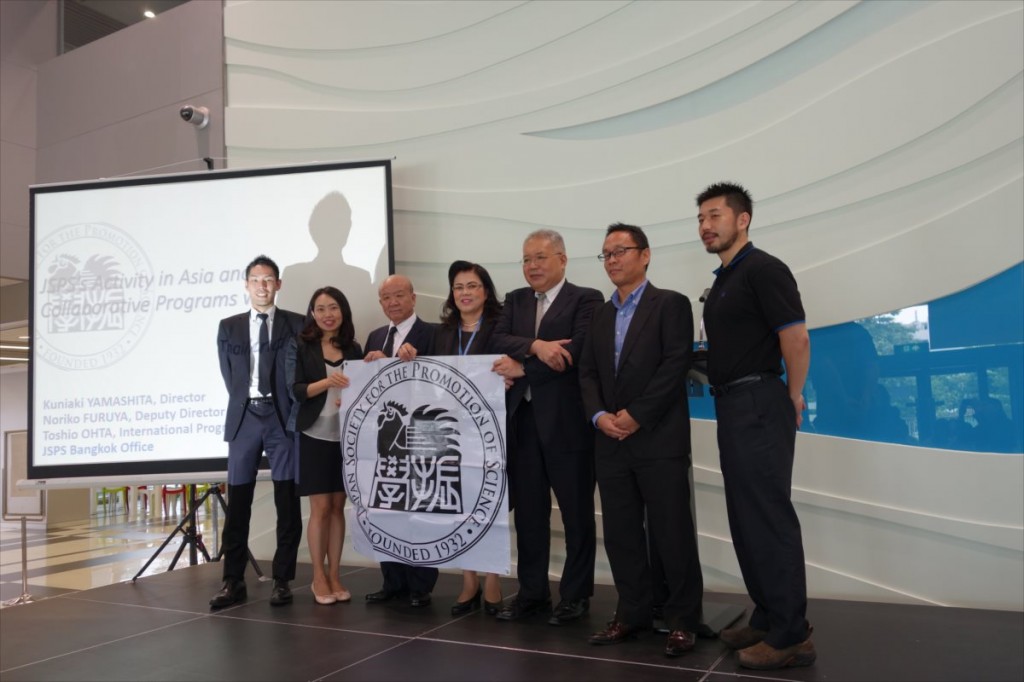 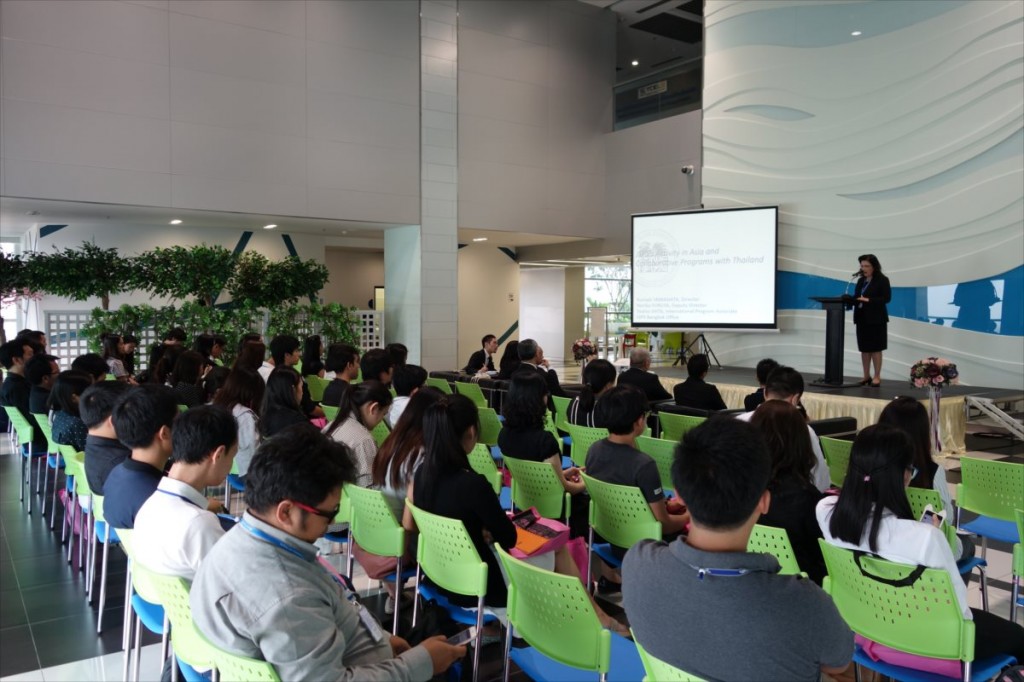